The initiation of the online petition e-411, sponsored by Frank Baylis, the Federal Liberal MP of Peirrefonds-Dollard, comes at a time when extremists from every side are attempting to hijack civic peaceful societies and cause friction amongst groups of people through destructions and devastation.

The world has witnessed many dangerous events: violent “lone wolf” individuals, who are ready to commit bloody criminal attacks on civilians in the name of a religion, extremist groups, politicians; and persons who engage in hate and discriminatory smear campaigns, and people who attack citizens on the streets based on their faith and visible dress codes.

As if this miserable view is not enough, North America is observing a surge in racial tensions, with law enforcement forces being accused of discriminatory use of deadly force against men based on their skin colour. On the other hand, police officers are being ambushed and shot dead by angry individuals.

Canada is witnessing a sharp increase in Islamophobia, which has even been described as an “epidemic” in certain large areas of the country. Citizens are aggressively and physically attacked on the streets, shopping malls, and community centres. Moreover, places of worship are being firebombed and vandalized. Islamophobic political campaigns have become very troubling, mainly during theelection periods. Furthermore, some media outlets add salt to the wound by becoming venues for anti-Muslim rhetoric under the justification of “freedom of speech,” which seems to be without boundaries and irresponsible when it comes to bashing Islam and Muslim citizens.

All human beings deserve to live in peace and safety.

Under this gloomy climate, citizens from all aspects of society, responsible media, and honest, elected decision makers have the civil duty and moral obligation to stand up united to denounce all sorts of discrimination and prejudice. To come together with initiatives that clearly condemn and refuse any act, talk and policies that lead to hatred, hostility and lack of harmony within society.

On June 2nd 2010, The Canadian Muslim Forum (FMC-CMF) led delegations consisting of representatives, young professionals, activists, women advocates and others on Parliamentary Day at the Hill. The main objective of meeting the Federal parties’ caucuses on that day was to introduce and express concerns about Islamophobia, and its impact on Arab and Muslim citizens. From that day, the most noticeable remark was that most of the policy makers were not fully aware of the dangers of Islamophobia, and its implications on Canadian society.

After a long and, at times, very hard journey, Islamophobia is currently recognized as a harsh reality that needs a strong political will and social awareness to undertake, engage in, deal with and find concrete solutions and remedies to cure such an “epidemic” phenomenon and terminate its harmful symptoms from the society at large.

All human beings deserve to live in peace and safety. Attacking women because of their visible faith as they stroll around a shopping mall or take the metro to school or work, denying jobs because of a candidate’s name and background, and vandalizing community and religious properties should stop once and for all. Such aggressions are against woman’s rights, human dignity and the integrity of Canadian society.

Mr. Frank Baylis, federal MP, Pierrefonds-Dollard, recently said on Le Huffingtonpost, “I am against all forms of discrimination. That’s why I am supporting this petition (e-411). It’s not a petition for Muslims; it’s a petition against discrimination.”

Violent extremism represents itself. The perpetrators of acts of devastation have not been voted for to speak on behalf of any religion, cultural or human groups.

Civilized people stand up against all kinds of prejudice, hate-speech, unfairness and intolerance that are expressed in various forms of bigotry, such as anti-Semitism, racial profiling, bias based on personal orientation and Islamophobia. Such a noble stance promotes human values, civil rights and enhances equality amongst all. 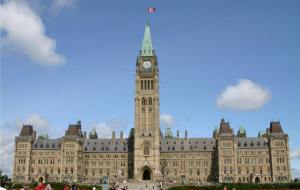